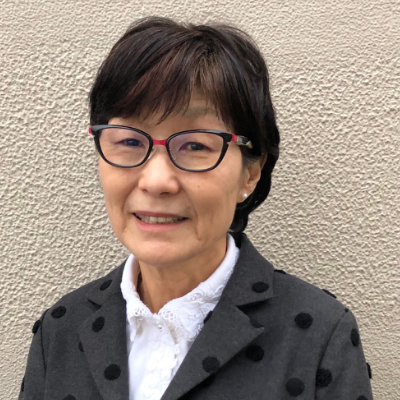 Studied lymphatic filariasis at The Institute of Medical Science, The University of Tokyo, Japan. She received a doctorate from London School of Hygiene and Tropical Medicine, the United Kingdom. She engaged in measures against neglected tropical diseases (NTDs), a global malaria control program, and the study of tsetse flies and mosquitoes. From 1992 to 2013, she worked for the World Health Organization (WHO). She was in charge of the Pacific Programme to Eliminate Lymphatic Filariasis (PacELF) in Fiji and the Global Programme to Eliminate Lymphatic Filariasis (GPELF) and Integrated Vector Management (IVM) in Geneva. She contributed to the establishment of JAGntd in 2018. 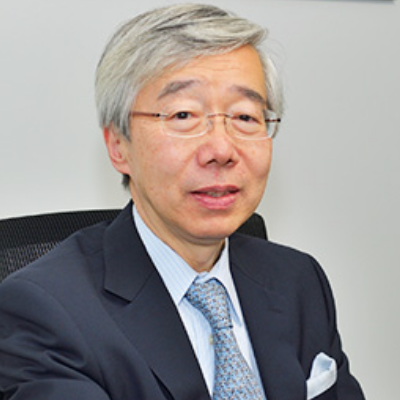 Graduate of Chiba University School of Medicine, 1980. After residency, he became a medical official at the Ministry of Health and Welfare (now Ministry of Health, Labour and Welfare). Worked in various divisions including Health Promotion and Nutrition, Medical Professions, International, and Tuberculosis and Infectious Disease Control. He was transferred to the Okayama Prefectural Health and Welfare section, where he worked from 1995 to 1997. Outside of Japan, he served as the medical officer for the Expanded Programme on Immunization (EPI) in the Western Pacific Regional Office of the World Health Organization (WHO) and was then transferred to the WHO headquarters, serving in personnel training and tropical disease control. He also worked for the Joint United Nations Programme on HIV/AIDS (UNAIDS). Upon leaving the Ministry of Health, Labour and Welfare in 2009, he became professor and chair of the Department of International Affairs and Tropical Medicine at Tokyo Women’s Medical University. In 2015, he became head of the office involved in establishing the new Graduate School of Public Health at St Luke’s International University, after which he took on his current position. 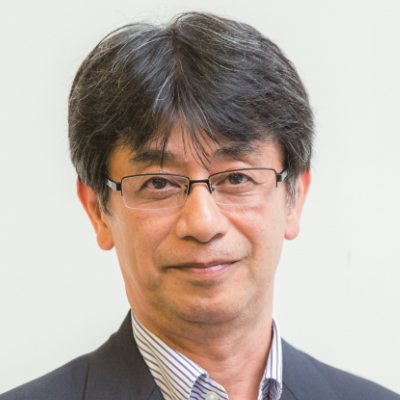 Graduated with a Master’s degree from the Graduate School of Pharmaceutical Sciences, The University of Tokyo, in 1983, and in the same year started working as a researcher at the Suntory Institute for Biomedical Research. He engaged in research and development in bio-pharmaceuticals based on molecular biology and genetic engineering, and received his PhD in 1995. In 2003, Suntory spun off its pharmaceutical division and established a new company, Asubio Pharma Co., Ltd. He was general manager of the business planning department, and later general manager of the Biomedical Research Laboratories and VP of the business planning department at Asubio. From 2010, he was president of Asubio Pharmaceuticals, Inc. in the U.S., a subsidiary that conducts clinical studies in the U.S., for five years. In 2015, he went to work for the subsidiary’s parent company, Daiichi Sankyo Co., Ltd., and contributed to establishing its Medical Affairs Division and Global Unit, and served as its head. In April 2018, he moved to the company's external affairs department, and has been Director of International Affairs at JPMA since September 2018. 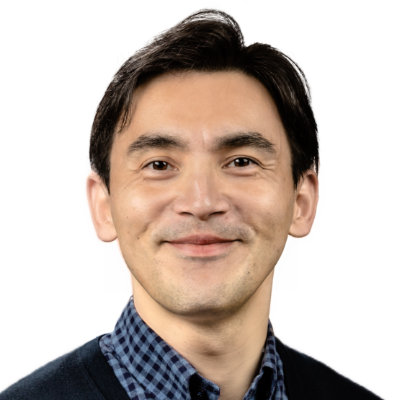 Earned a bachelor's degree in law at The University of Tokyo in 2001 and joined the Japan Bank for International Cooperation (JBIC). He went to study in France in 2005 and earned a Diploma in French Civilization from the Sorbonne. Began working with the Japan International Cooperation Agency (JICA) in 2008 when the JBIC was merged into the JICA. This involved a broad range of infrastructure projects in different countries (notably in the Middle East, Africa and Eastern Europe), in the areas of yen loans, project financing, and technical cooperation. From 2008, he was stationed with the JICA in Paris, working to strengthen relations with international organizations and European donors. After earning an MBA with INSEAD (France) in 2012, the following year he joined Eli Lilly Japan K.K., where he was involved in business planning and public relations planning. Since 2017, he led the Japan office of Drugs for Neglected Diseases initiative (DNDi), not-for-profit R&D organization based in Geneva that is developing treatments for neglected patients. In 2020, he took his current position at GHIT Fund. 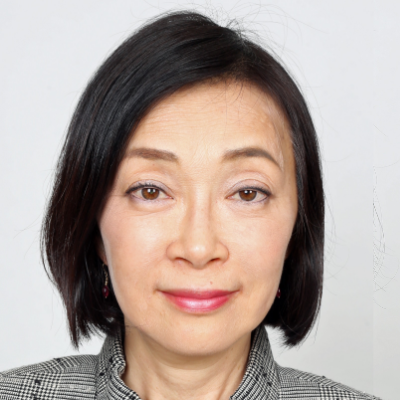 Director of Millennium Promise (New York) and Uniting to Combat NTDs (London). She has an MSc in International Relations from the London School of Economics and Political Science. She was a research director at Dentsu Institute for Human Studies (later absorbed by Dentsu Inc.), handling many types of projects, and was a member of an advisory body to the Japanese government. In 1997, she won the “New Opinion Leaders Award” from the Yomiuri Shimbun newspaper and the “President’s Award” from the Dentsu Institute for Human Studies. After retiring early from Dentsu, in 2004, she moved to New York with her husband, Dr. Shinichi Kitaoka (then Japanese Deputy Permanent Representative to the UN). While there she met the co-founder of Millennium Promise, Dr. Jeffrey Sachs, who was special adviser to the UN Secretary-General. Together with Dr. Sachs and his wife, Dr. Sonia Ehrlich Sachs, she traveled to Senegal, Kenya, and Malawi. After returning to Japan in 2008, she set up the non-profit organization Millennium Promise Japan (renamed SDGs Promise Japan) with her husband, and serves as its Director. 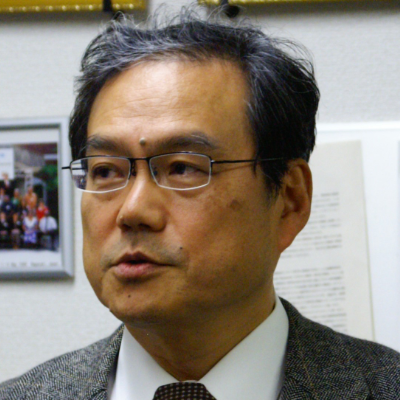 Head of the Secretariat 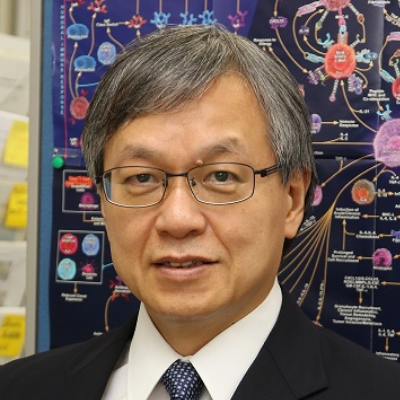 Graduated from the Tokyo Medical and Dental University Faculty of Medicine in 1981, before going on to earn an M.D. and PhD in Human Genetics. In 1986, he became an assistant at the Medical Institute of Bioregulation, Kyushu University, and in 1988, became a lecturer at St. Marianna University School of Medicine (Vector Ecology and Environment) and research fellow at the Harvard University Harvard T.H. Chan School of Public Health (Tropical Public Health). In 1993, he became an assistant professor at Saitama Medical University (Medical Zoology) and in 1995, became a professor there. In 2001, he became a professor (Immunogenetics) at the Institute of Tropical Medicine, Nagasaki University, and was the dean of the institute from 2007 to 2011 and 2017 to 2019.

Deputy Head of the Secretariat 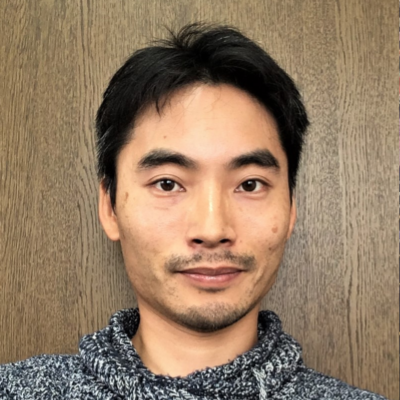 Involved in Chagas disease control in Guatemala, Central America, in 2007, which led him to go in the field of public health. In 2010, he earned his Master of Public Health (MPH) from the Graduate School of International Health Development, Nagasaki University. He was an expert in the Japan International Cooperation Agency (JICA) Chagas Disease Control Project in Nicaragua from 2010 to 2014. From 2014 to 2016, he was an assistant professor at the Graduate School of International Health Development (now the School of Tropical Medicine and Global Health), Nagasaki University. In 2019, at the Harvard T.H. Chan School of Public Health, he conducted a project on access to drugs to treat Chagas disease in the United States and earned his Doctor of Public Health (DrPH) from the school. He has been in his current position since October 2019.